IMTU wherever a mining operation can make a good profit a corporation will move in and take it but there are many places where there isn’t a good profit but there is a reasonable living for the sort of people who prefer a lot of freedom and here you find belters.

IMTU there are three kinds of Belter
– solo operators
– free companies: solo operators grouped up for security and operating by a rough democratic code of rules similar to ancient earth pirate crews or mercenary companies (both of which they occasionally sideline in)
– clan belters: large extended families of Belters who operate small flotillas of rag tag vessels

The Maccoils are a clan belter family of around 100+ family members who operate in the small coreward cluster of Glisten moving more or less on a whim between the eight systems connected to Ffudn by J1.

The flotilla mostly travels together except when the Free Trader takes the ore to sell or one of the seekers is away looking for a new pitch.

Incidents or rumors of incidents involving the Maccoils

940: Whiskers Maccoil died without teaching navigation to a replacement leading to the hijack of Free Trader Quenya and the kidnap of their navigator. Release negotiated by the Scouts and two Maccoils served twenty years each at Mithras.

992: Suspected piracy after disappearance of solo Belter in Centry.

1085: Cantina gunfight on Bendor over a Maccoil feud with the Macabeens one of the two clan belter families who work the rimward cluster in Glisten over an unpaid dowry for an arranged marriage ending in two Maccoils, four Maccabeens and six bystanders wounded or killed.

My 3I Aliens & Modified Humans

Aliens in syfy are good at providing visual variety but generally suck as actual aliens i.e. they are either humans in rubber suits or they have a silly physical or cultural gimmick that makes no sense.

In the Traveller OTU aliens are uncommon in the published materials compared to a setting like Star Wars.

There are a lot of them

but their home worlds are scattered and given the slower travel it’s quite plausible each species is mostly found near their respective home world.

The only aliens I am bothering with in the Marches are

plus those specifically mentioned as being native to the sector usually made low tech and single planet if not already.

Aliens also provide a neat solution to the occasions where Traveller’s random world generation creates a world that doesn’t seem to make sense e.g. a world with a high population and a problem and a tech level too low to build the solution to the problem.

However, as well as evolved sentient alien races the Ancients are said to have uplifted various animal species and seeded the galaxy with them and humans.

These minor races of human are divided into unmodified humans and those considered variants – bio-engineered to suit specific planetary conditions.

Like the alien races, the unmodified humans are scattered across known space and can be mostly ignored if desired (which I do) unless specified as being in the Marches sector (like the Darrians).

So the neatest answer to

are the modified humans who could have been settled on the planet by the Ancients or could have moved there at any other time since.

They may have tried all four options at different times and places but the advantage of bio-engineering would be every time a tailored species was created they would have a DNA blue print for any similar world they came across in the future.

So instead of having to build the same protective tech on dozens or worlds or wait centuries for speed evolution or re-engineer a variety of tailored human they could just re-use a DNA blueprint from a previous world.

Imagine an Ancients Ark with dna samples of scores of engineered races that could be spliced and cloned for a new world.

Bio-engineering for specific world types would leads to recurring needs:

plus hundreds of possible taints, some at least might be common

(plus potentially exotic atmospheres and vaccuum)

(could be more extreme non-mammalian options)

In most sci fi the aliens all look like slightly modified humans whereas in Traveller they mostly are modified humans – modified by the Ancients to suit a particular planet – which is good really as creating believable and cool alien cultures is hard.

Crout are descended from the Tcho-Tcho variety of modified human seeded by the Ancients to terra form low oxygen planets.

Crout are short, thin with large chests and large eyes and can breath the atmosphere without problem. They have a blue-ish tint and both their eyes and the whites of their eyes are blue.

World is made up of many densely packed small towns, four houses stacked on top of each other, narrow pedestrian streets – Crout like being close together – agriculture and light industry. Each township is self-governing. Culture is dominated by religion officiated over by a matriarch priestess one for each town. (Amish-like) Very strict about violence.

Crout is mostly self-sufficent and has very little to trade.

A Crout heresy led to division and civil war some time in the past and an eventual exodus of the heretics to the very similar planet of Horosho.

The main difference is the heretics have a heirarchical priesthood with a supreme leader.

The Horosho Crout have developed higher tech including ships.

Some Crout leave home for a few years in their youth to travel. Crout / Crout often work as and make good stewards. Horosho / Crout have a wider variety of  skills and are less amiable on average.

Being adapted to a very thin atmosphere Crout need to breath through a filter in a standard atmosphere or they get drunk from the oxygen.

Crout who get addicted to this are called “airheads”. 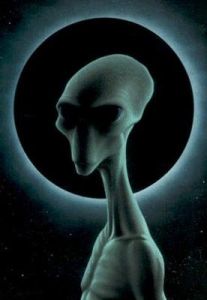